In May 2014, Caroline produced her first stage production. It was a dramatic retelling of the Greek myth of Persephone through a variety of performance mediums. The show named “Le Premier Printemps” ran for two weeks and was very warmly received. Here are some stills from the production. 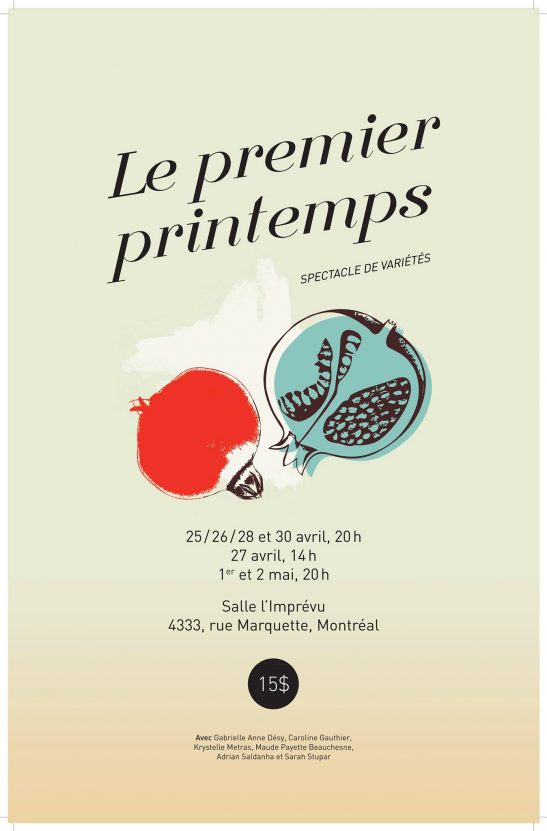 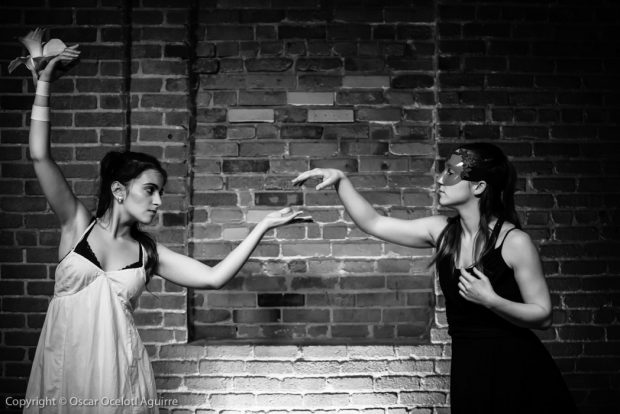 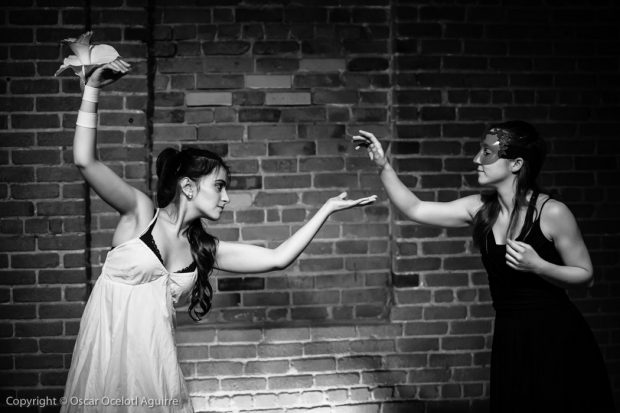 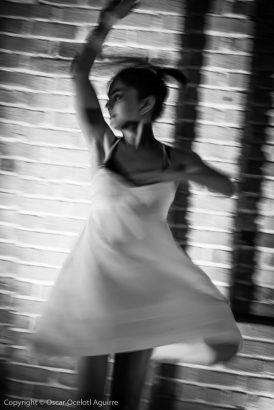 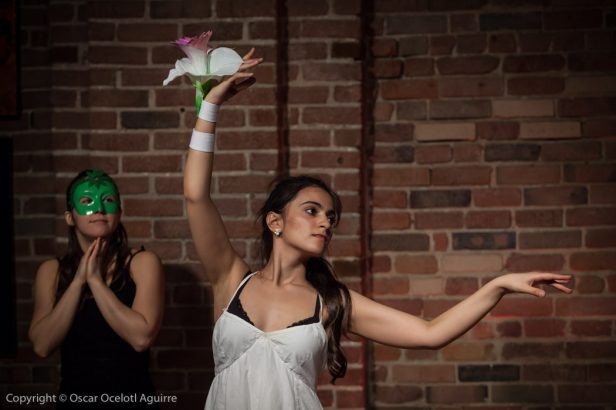 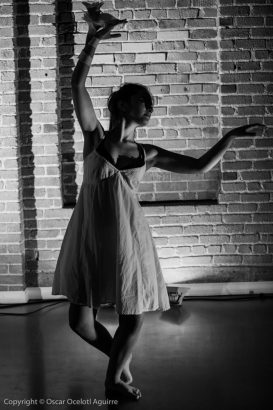 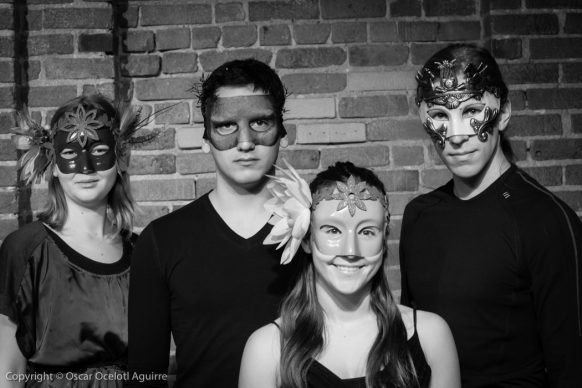 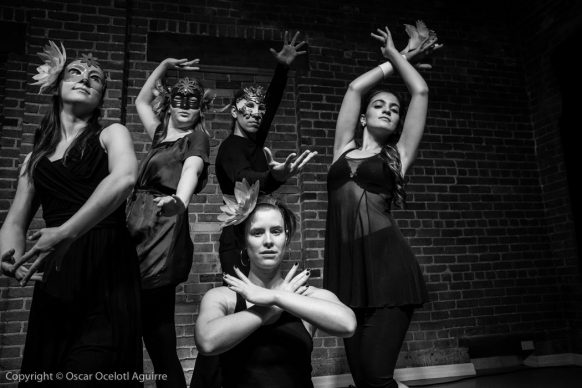 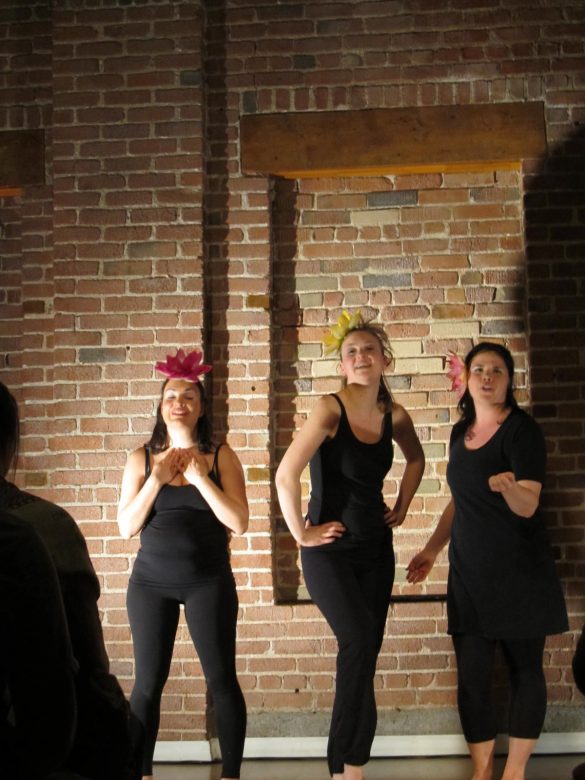 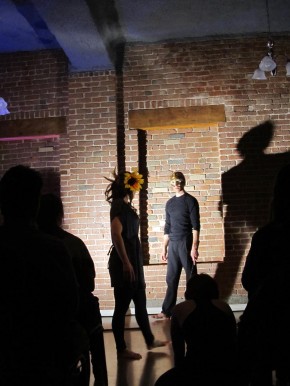 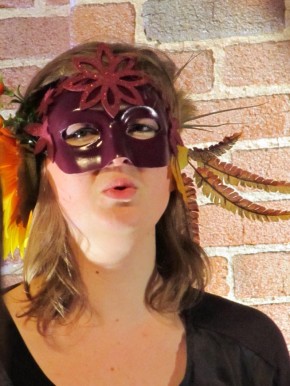 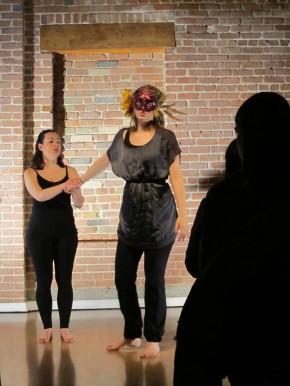 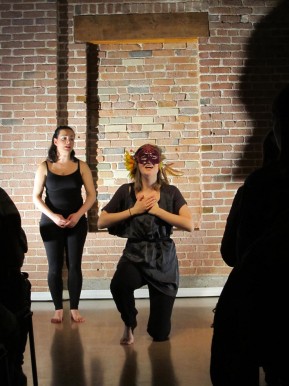 This choreography by Caroline Gauthier and Sarah Stupar was created for “Le Premier Printemps.” It depicts the return of Persephone to her mother, Demeter after a long winter spent in the realm of Hades.